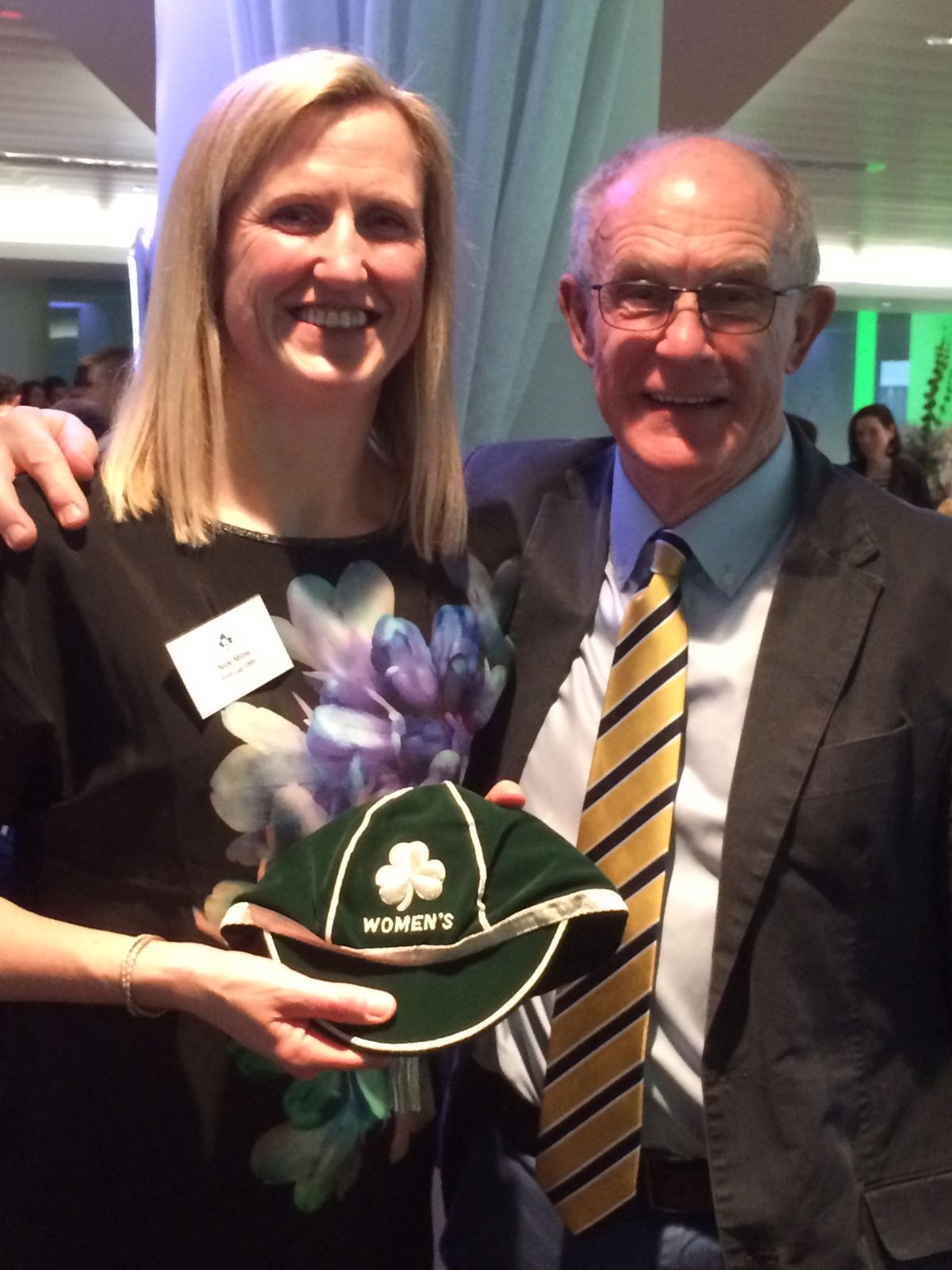 1991/2 head girl Nicola (‘Nicki’) Milne, was presented with her official Irish Rugby Cap by Phil Orr, the President of the IRFU, at an official ceremony at the Aviva Stadium on Sunday last, 11 March 2018.

The first competitive Test fixture for the Ireland women’s rugby team was on 14 February 1993, but official caps were not awarded until the Women’s Rugby World Cup in 2006.  The Aviva ceremony was therefore held to present caps to over 100 women who played between 1993 and 2006.

Nicola graduated in 1996 with an honours degree in Sports Science from the University of Kent, and was awarded her PGCE from University of Worcester in 1997. She teaches PE in The Compton School, in North East London.