If you are reading this you are associated with King’s Hospital either as a Past Pupil or perhaps as a friend of one. The school will be 350 years in existence in the year 2019 and has not survived for that length of time by accident. There is a long history of support for the school from past pupils and this continues to the present day. Many of the improvements to the school campus were made possible by past pupil donations.

In 1970 the Old Boy’s Union as it was then had raised over £7,800 during the previous 10 years as the result of the Tercentenary Fund which was used to pay for the chapel at Brooklawn. The equivalent value today would be in excess of €500,000. When you consider that there were only about 200 pupils in Blackhall place at its peak this was a fantastic contribution from a modest number of Old Boys. They managed to do this without email and mobile phones or facebook that we take for granted today. This was a tangible expression of appreciation by past pupils for the opportunity they were fortunate enough to benefit from.


You probably aren’t aware that the fees paid for you to go to KH were not the full cost of your education in KH and  much of the school funds relied on donations from different sources that bridged the gap between the cost of running the school and the fees received. 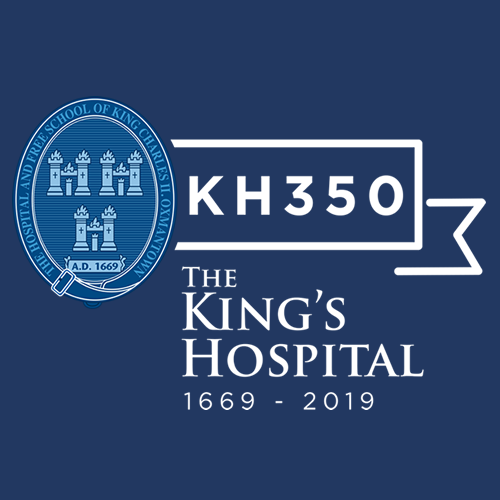 The Past Pupils Union committee has now set up the KH 350 Fund to run for the next 10 years to raise a fund to be used for a project yet to be determined as none of us know what the requirement might be in 2019, perhaps new IT equipment to facilitate pupils learn new skills not yet invented. We are asking Past Pupils of all generations to get involved in showing their appreciation for the time they had in KH by making regular donations by standing order or once off amounts towards the fund. No contribution is too small and all are gratefully received. €25 per month for a 5 year term is a recommended contribution but if for example you feel €50 per annum for 10 years suits your circumstances better this would be equally appreciated. Don’t put off doing anything for fear of doing little is not worth the effort. These are difficult economic times but I am sure you will recall the sacrifices made by parents and others to ensure you got a good education. In the future the challenges to maintaining KH at the leading edge of education will become more difficult as government continues with actions to withdraw from traditional levels of funding for schools like KH.

The PPU has agreed to pay all expenses of the Fund so that all contributions received will go 100% into the final amount raised.
A committee has been formed to run the fund and will arrange social events to help raise money for KH 350.
The committee will also produce an annual report to keep you up to date with progress.
Please forward this post to anyone else you think may be interested. If you wish to contribute please click here to to make submit your subscription.