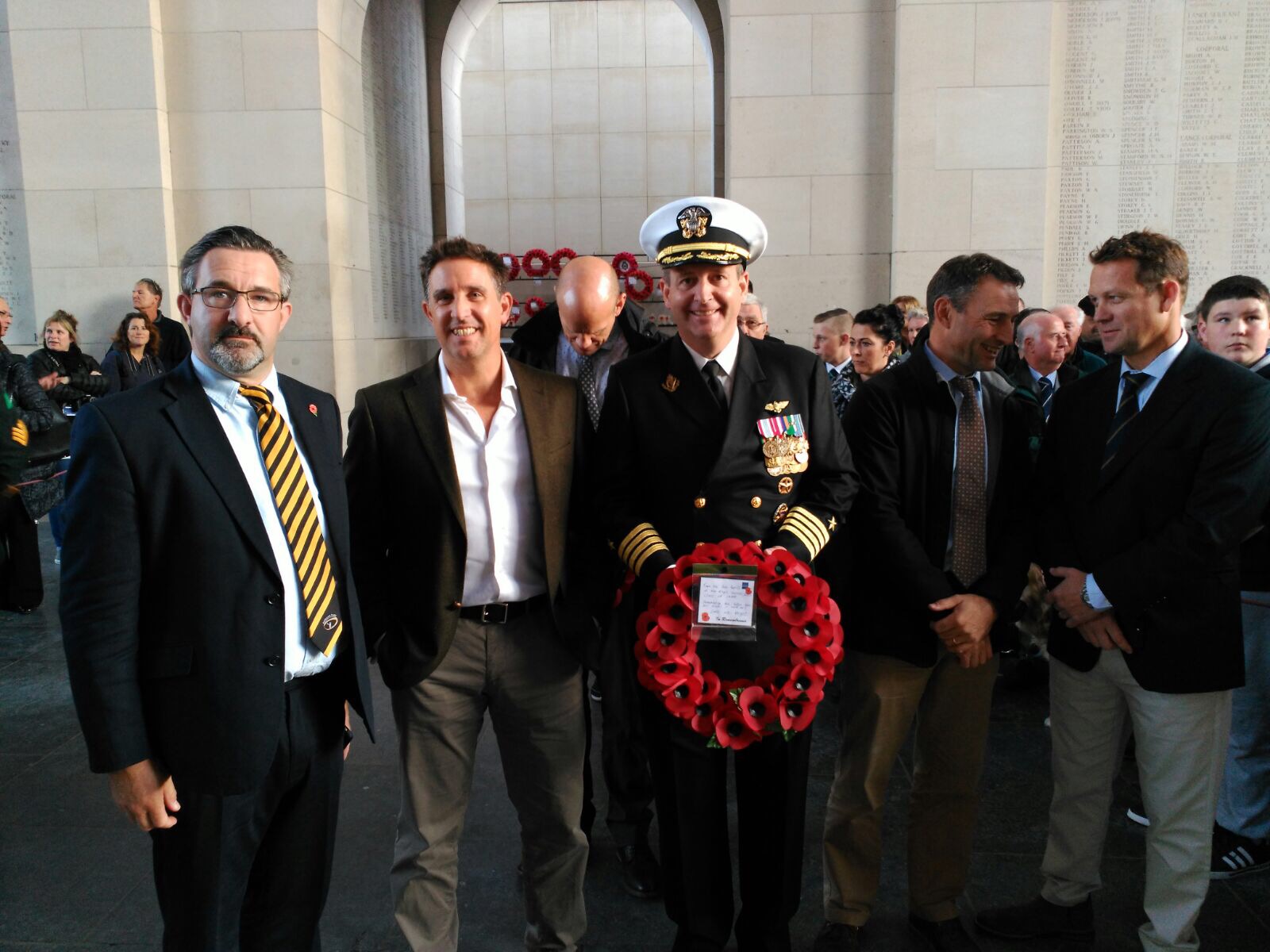 The class of '88 will reconvene next year in KH for our 30 year get together on November 3rd. Back in '88 nobody really knew or had a clue what or where we would end up, indeed most of us are probably still figuring these things out. We did of course have ambitions, but really it boiled down to a very short term perspective of trying to get past the dreaded leaving cert and see what might come our way with a bit of luck or random selection. Nobody however would have thought that one of us, Tim Kinsella, would join the ranks of the US Navy and work his way up to become a highly decorated officer responsible for a major command. 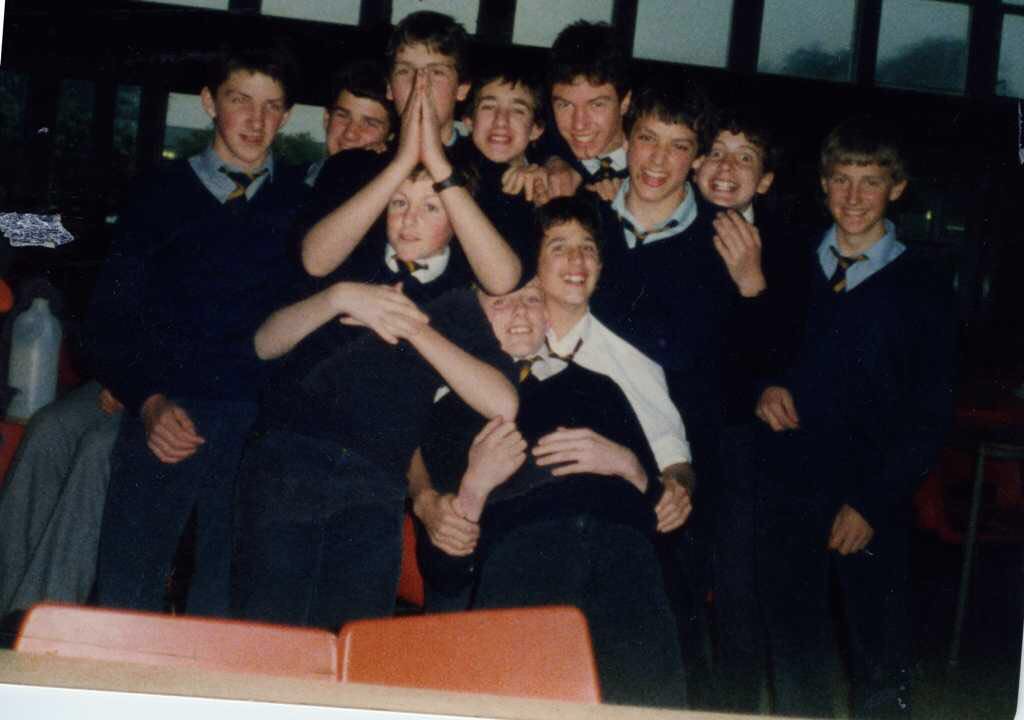 In hindsight we did get very occasional updates which should have informed us of what might be coming such as Tim had joined the US Navy, that he was in a nuclear sub, that he was now flying helicopters, that he had become the White House Naval Liaison Aide, that he was navigating aircraft carriers, that he was Squadron Commander in charge of an elite helicopter squadron - eventually the penny dropped with us that this was indeed starting to get serious. 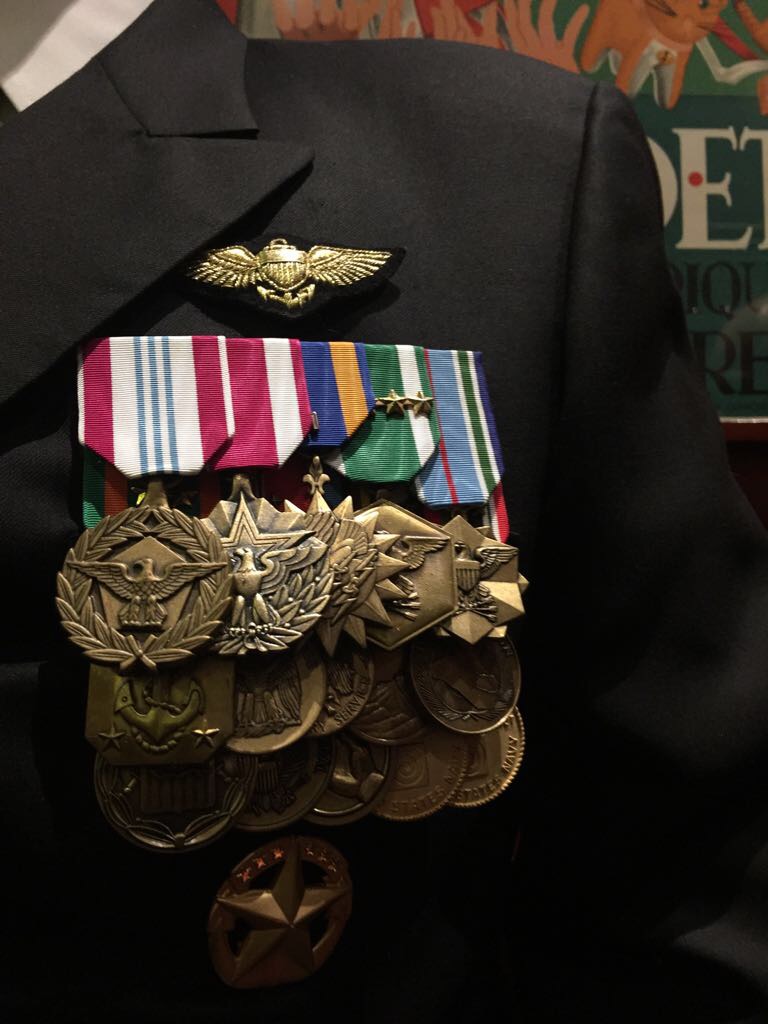 A few years ago Tim along with the family (Jen, Tim Jnr and Charlie) got a posting to Belguim as part of the NATO Command. This was also accompanied by a significant promotion to the rank of Captain in September this year.  We had not had a proper get together with Tim since we left KH and I said to him we really needed to rectify this with a get together to mark the occasion before he got posted somewhere else. After a number of phone calls to as many people that could be tracked down it was agreed - after the initial shock that our Tim was now eligible to command a nuclear powered aircraft carrier, and that his boss was Donald J Trump - that we would all convene in Belgium for a long weekend in September.  Some people were so keen they even booked the wrong weekend in August. 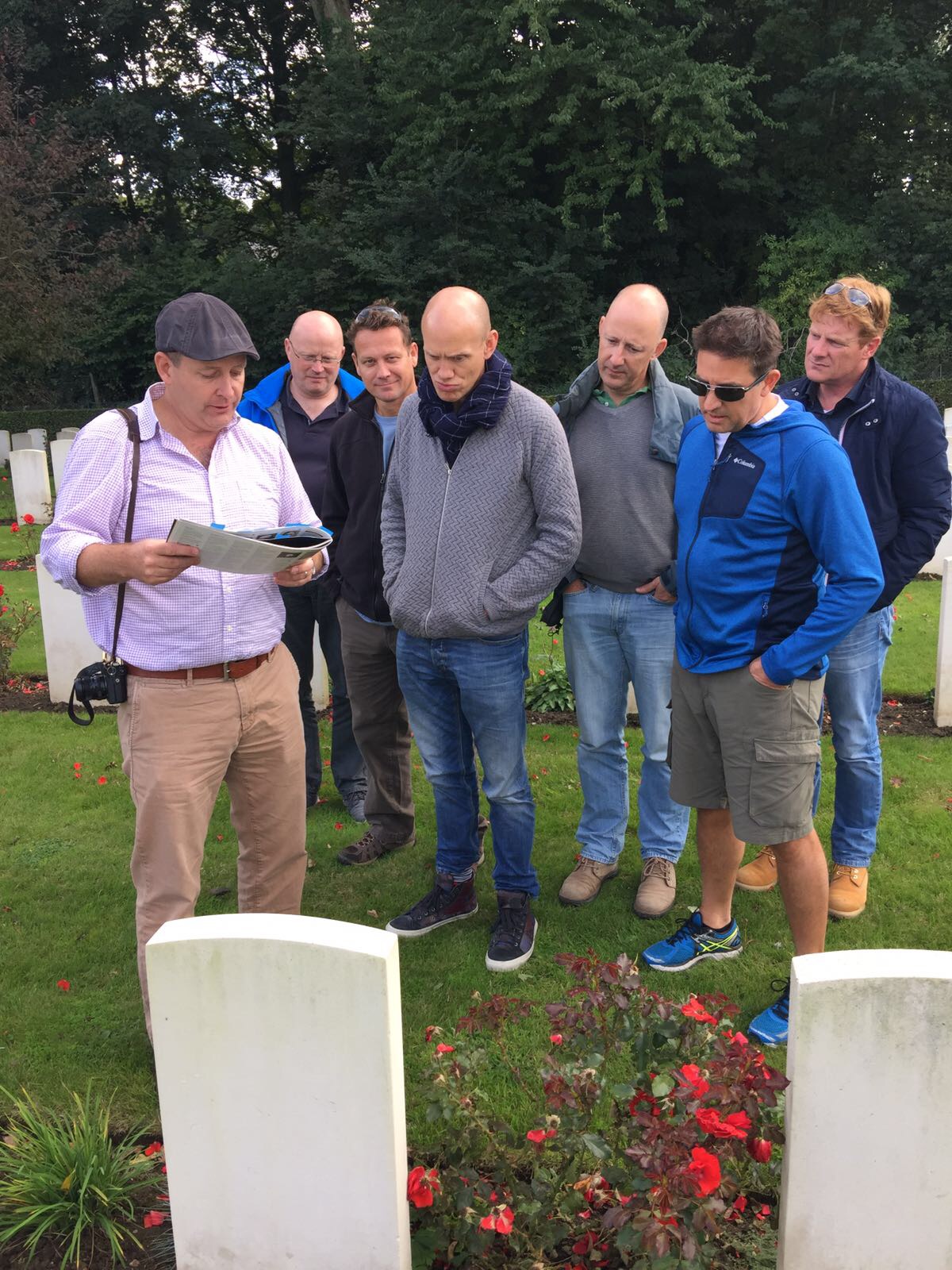 There were many folks who wanted to come but for various reasons were unable to join us, but a total of 12 met up in Brussels Airport. This included Fred Hanna coming in from the States, Erny Crossen flying in from Barcelona, Ben Rudd driving up from western France. Tim had organised an Air B&B outside Ypres where some of the heaviest casualties of the Great War occured. Indeed our house was adjacent to the Tyne Cot Cemetery which is the largest Commonwealth War Graves cemetery in the world and the resting place for over 11,900 servicemen killed the First World War. This house served as a base for what became Tim's 'War & Beer' tour over the next few days, as Tim conducted a tour and shared some of his extensive knowledge on the many battlefields, memorials, museums and graveyards that feature everywhere. The planned schedule did fall by the wayside as there was 30 years of catching up to do supported by an impressively stocked house and a visit to a brewery. We did however get to visit the graves of some KH past pupils who fell, and we dressed up to participate in the Last Post ceremony which has been held daily at the Menin Gate in Ypres since after the end of WW1. Captain Kinsella, looking the part and resplendent in his full navy uniform along with Simon Dick and Neil Squires, representing the Board and School laid a poppy wreath in memory of the KH pupils who never made it home from the carnage that was World War 1. The Last Post is simple, dignified but an incredibly powerful, poignant and emotive ceremony that got to us all. As it transpired when we started looking into it, most of us had family connections of some sort with WW1. John Hanrahan also laid a wreath for his Grandfather who was killed in action not too far away, and only a few years later in the WW2 Liberation of Europe. 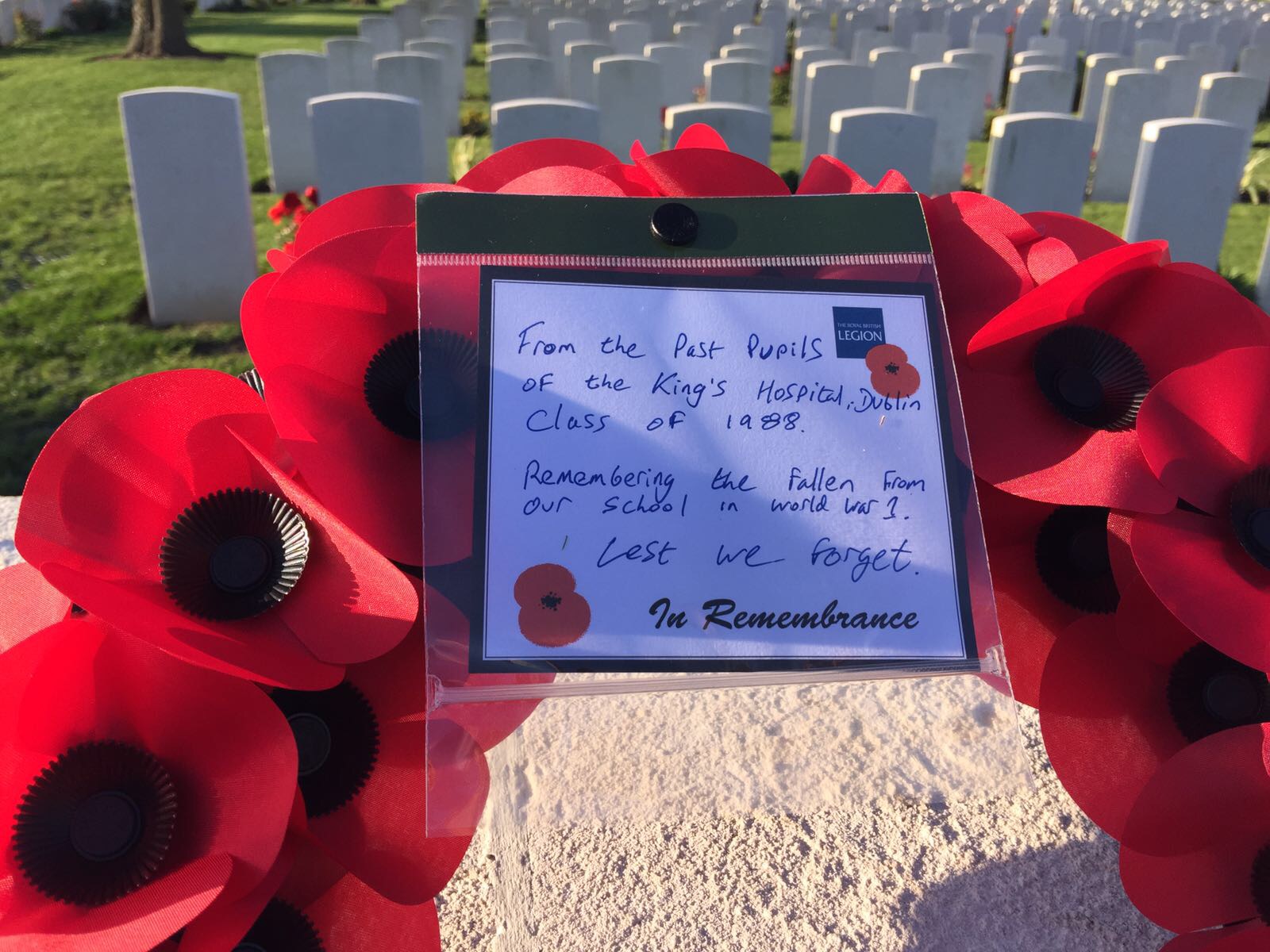 So in summary, we had a compelling reason to have a get together, in a very special and unique place where we added some great new memories to those we have from KH. Captain Tim has been selected to command a Naval base, but we wont know until the end of 2017 where it will be - it could be anywhere from San Diego to Guam. This will be of a bit bigger logistics challenge to get to for the next get together, but well worth doing! 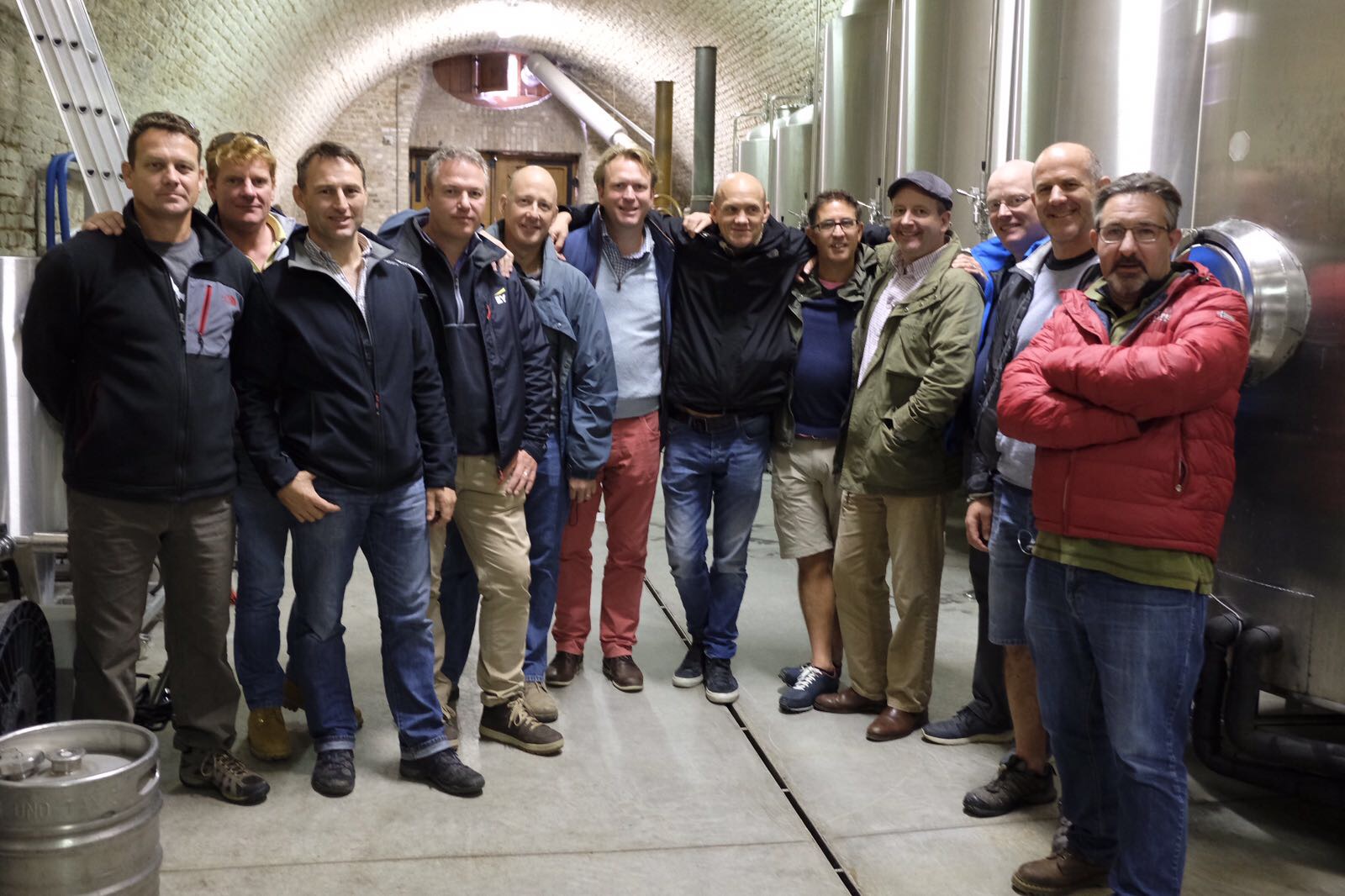 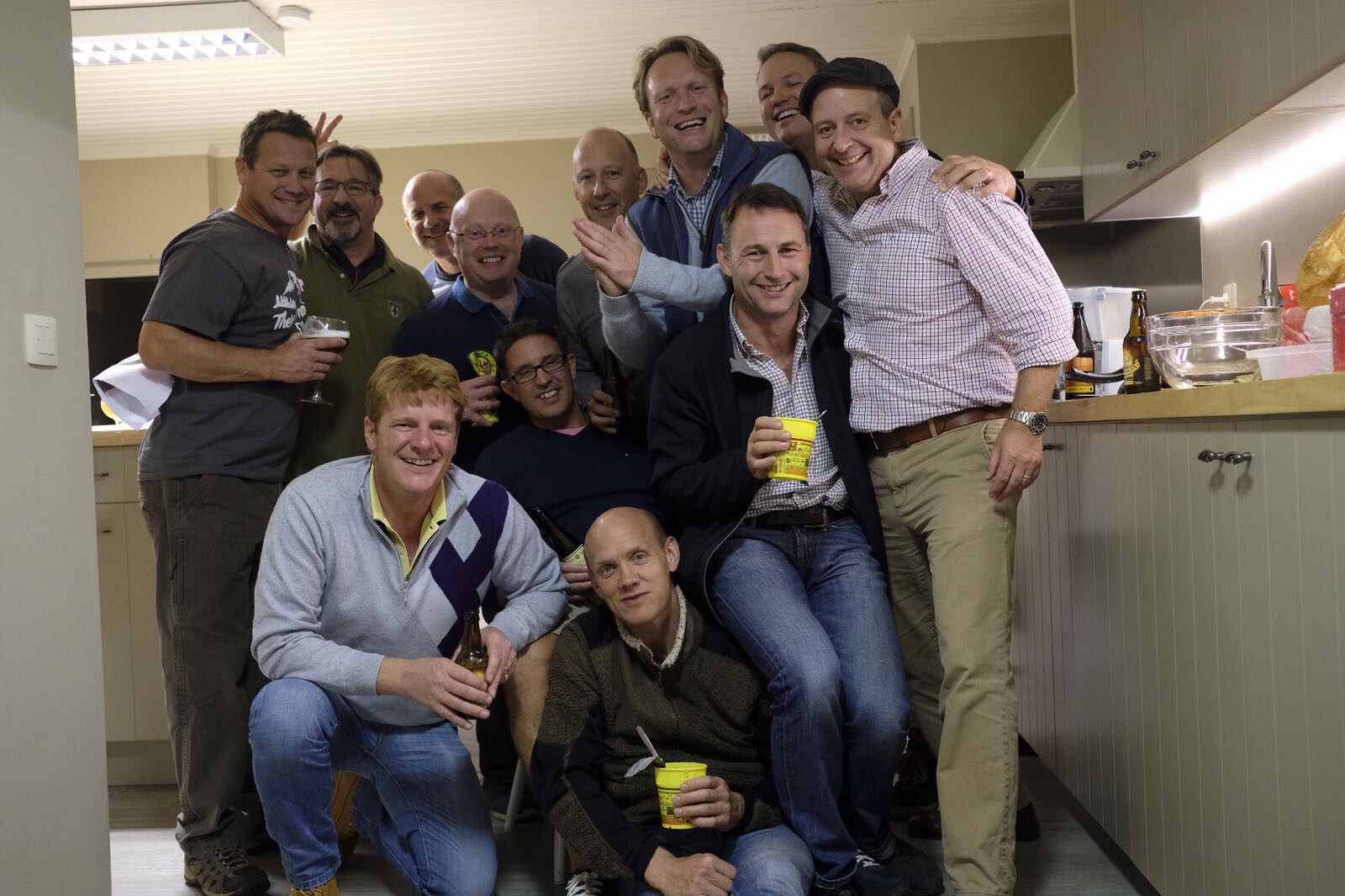 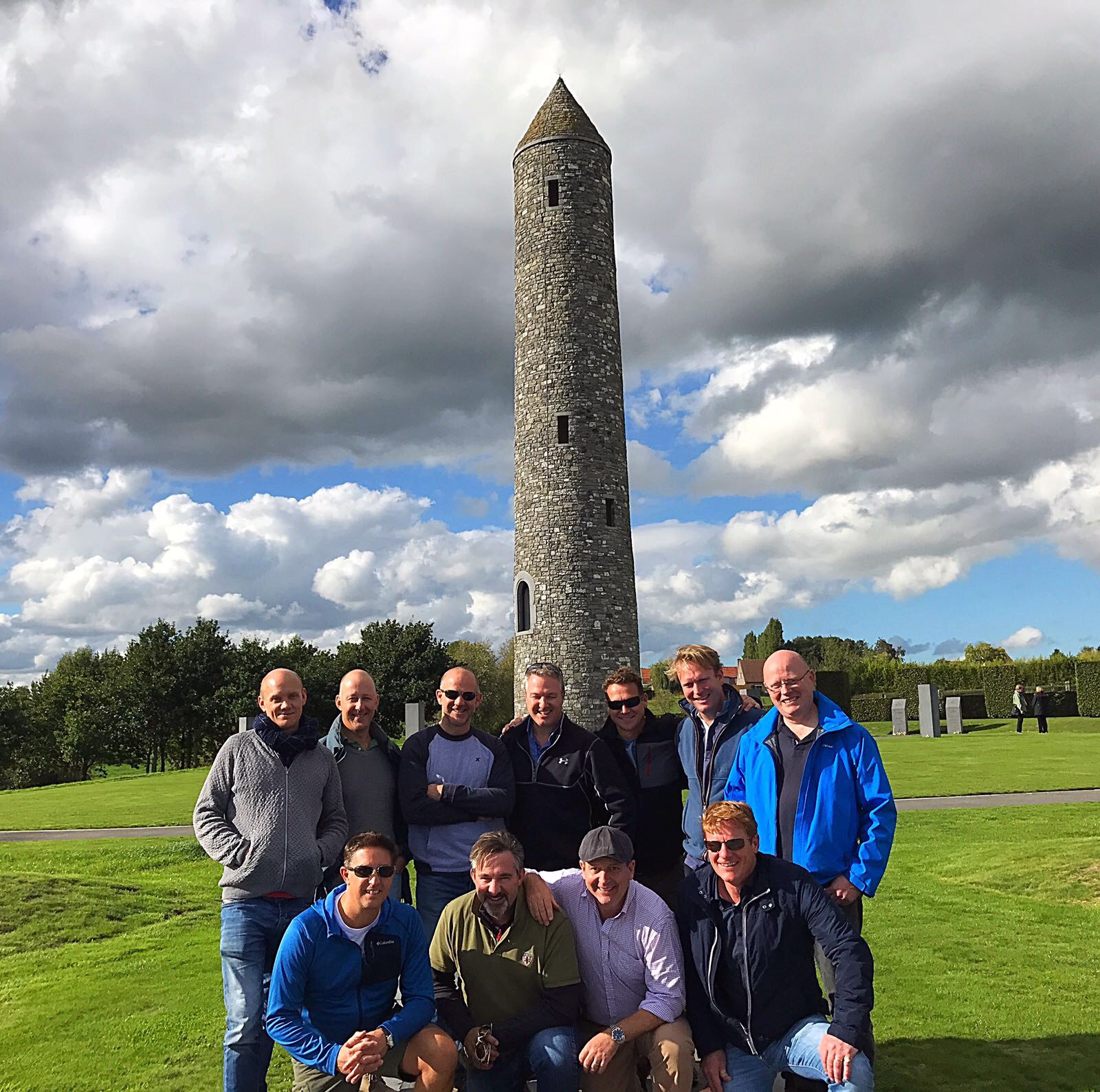 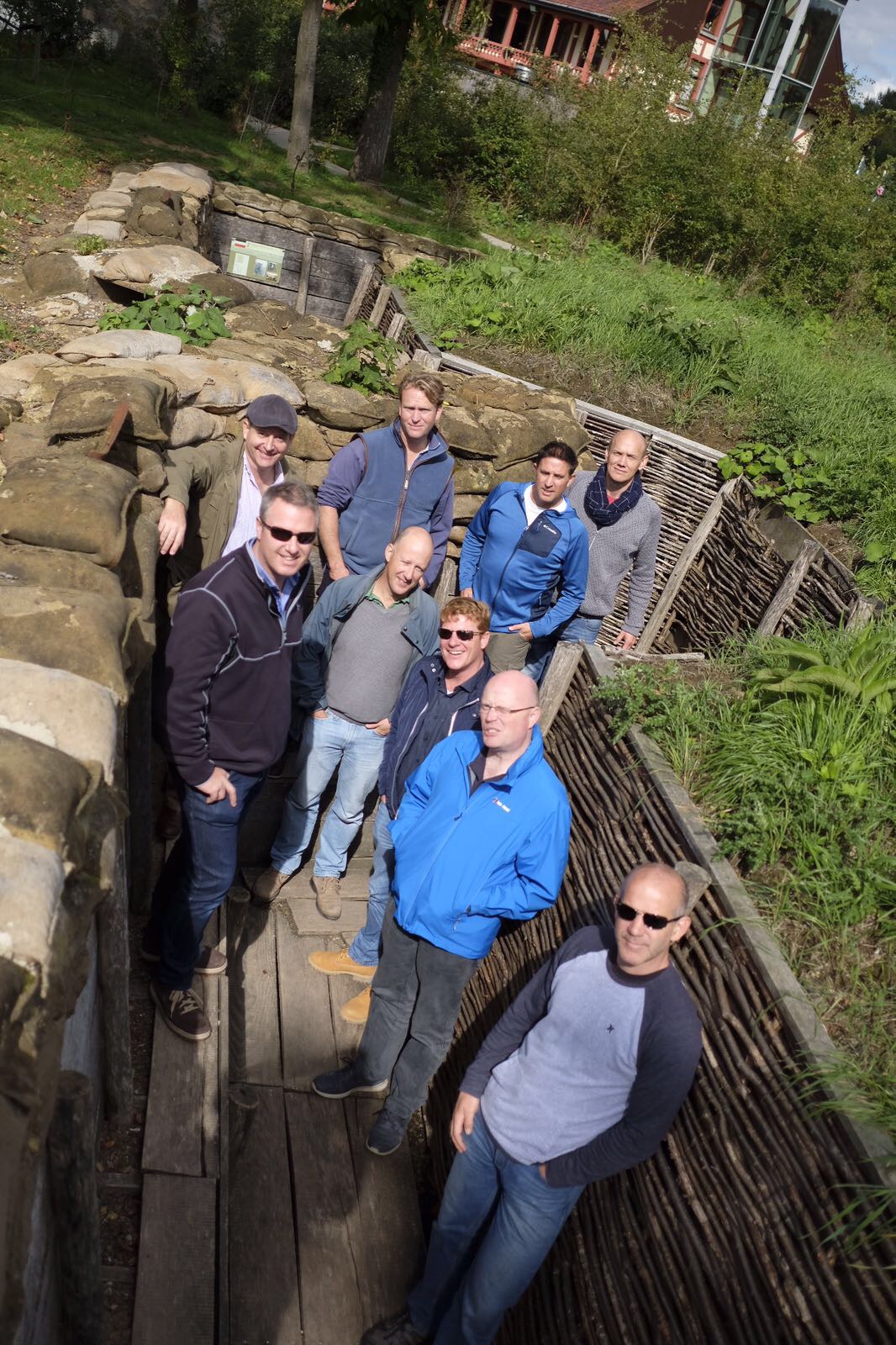